CNA Staff, Oct 23, 2020 / 05:48 pm (CNA).- A laicized priest who had been the spiritual director to six people who said they experienced visions of the Blessed Virgin Mary in the Bosnian town of Medjugorje has been excommunicated.

Tomislav Vlasic, who had been a Franciscan priest until he was laicized in 2009, was excommunicated July 15 by a decree of the Congregation for the Doctrine of the Faith in the Vatican. The excommunication was announced this week by the Diocese of Brescia, Italy, where the laicized priest lives.

The Brescia diocese said that since his laicization, Vlasic “has continued to carry out apostolic activities with individuals and groups, through conferences and online; he has continued to present himself as a religious and priest of the Catholic Church, simulating the celebration of sacraments.”

The diocese said Vlasic has been the source of “serious scandal to Catholics,” by disobeying the directives of ecclesiastical authorities.

When he was laicized, Vlasic was forbidden from teaching or engaging in apostolic work, and especially from teaching about Medjugorje.

He was in 2009 accused of teaching false doctrine, manipulating consciences, disobeying ecclesiastical authority, and of committing acts of sexual misconduct.

A person who is excommunicated is prohibited from receiving the sacramentals until the penalty has been lifted.

Alleged Marian apparitions in Medjugorje have long been a subject of controversy in the Church, which have been investigated by the Church but not yet authenticated or rejected.

The alleged apparitions began June 24, 1981, when six children in Medjugorje, a town in what is now Bosnia and Herzegovina, began to experience phenomena which they have claimed to be apparitions of the Blessed Virgin Mary.

According to these six “seers,” the apparitions contained a message of peace for the world, a call to conversion, prayer and fasting, as well as certain secrets surrounding events to be fulfilled in the future.

Since their beginning, the alleged apparitions have been a source of both controversy and conversion, with many flocking to the city for pilgrimage and prayer, and some claiming to have experienced miracles at the site, while many others claim the visions are non-credible.

In January 2014, a Vatican commission concluded a nearly four-year-long investigation on the doctrinal and disciplinary aspects of the Medjugorje apparitions, and submitted a document to the Congregation for the Doctrine of the Faith.

When the congregation has analyzed the commission’s findings, it will finalize a document on the alleged apparitions, which will be submitted to the pope, who will make a final decision.

Pope Francis approved Catholic pilgrimages to Medjugorje in May 2019, but he has not made a deliberation on the authenticity of the apparitions.

Those alleged apparitions “still require an examination by the Church,” papal spokesman Alessandro Gisotti said in a statement May 12, 2019.

The pope permitted pilgrimages “as an acknowledgment of the “abundant fruits of grace” that have come from Medjugorje and to promote those “good fruits.” It is also part of the "particular pastoral attention" of Pope Francis to the place, Gisotti said.

Pope Francis visited Bosnia and Herzegovina in June 2015 but declined to stop in Medjugorje during his trip. During his return flight to Rome, he indicated that the process of investigation in the apparitions was nearly complete.

On the return flight from a visit to the Marian shrine of Fatima in May 2017, the pope spoke about the final document of the Medjugorje commission, sometimes referred to as the “Ruini report,” after the head of the commission, Cardinal Camillo Ruini, calling it “very, very good,” and noting a distinction between the first Marian apparitions at Medjugorje and the later ones.

“The first apparitions, which were to children, the report more or less says that these need to continue being studied,” he said, but as for “presumed current apparitions, the report has its doubts,” the pope said.

Nothing deters him… he does not flinch from heavy tasks; he embraces hardships . . . he rejoices in the midst of suffering. — St. Anthony Mary Claret

Demonic Foes as Witnessed by a Psychiatrist

St. John of Capistrano: “The Lord Who Made the Beginning Will Take Care of the Finish!” Rome Newsroom, Oct 23, 2020 / 12:00 pm (CNA).- The German Archdiocese of Munich and Freising announced Friday that it received 665 million euros in income from the church tax last year, despite a record number of Catholics in the diocese formally leaving the Church.

In 2019, the Archdiocese of Munich and Freising, in southern Germany, received a total of 887 million euros, of which 665 million euros, roughly $787.8 million dollars, came from the church tax.

If an individual is registered as a Catholic in Germany, an additional 8-9% of their income tax goes to the Church. The only way they can stop paying the tax is to make an official declaration renouncing their membership, after which they are no longer allowed to receive the sacraments or a Catholic burial.

Munich archdiocese’s church tax in 2019 brought in 20 million euros more than in 2018, when it totaled 645 million euros.

The archdiocese is led by Cardinal Reinhard Marx, coordinator of the Vatican Council for the Economy and a member of the pope’s Council of Cardinal Advisers. Marx was named Archbishop of Munich and Freising in 2007 by Pope Benedict XVI, who led the same archdiocese from 1977 to 1981.

Earlier this year the Munich statistics office told CNA Deutsch that 10,744 Catholics formally withdrew from the Church in Munich in 2019. Statisticians said this was the first time that annual departures had surpassed the 10,000 mark since records began.

The rise in the archdiocese’s church tax income in 2019, despite an exodus of Catholics, follows the pattern of the rest of the country.

The Church in Germany received 6.76 billion euros from the church tax in 2019, an increase of more than 100 million euros compared to 2018. The rise is believed to be due to the growth of Germany’s economy in 2019.

Last year the German bishops announced plans for a two-year “Synodal Way,” bringing together lay people and bishops to discuss four major topics: the way power is exercised in the Church; sexual morality; the priesthood; and the role of women.

They said that the process would end with a series of “binding” votes -- raising concerns at the Vatican that the resolutions might challenge Church teaching and discipline.

In June 2019, Pope Francis sent a 28-page letter to German Catholics urging them to focus on evangelization in the face of a “growing erosion and deterioration of faith.”

“Every time an ecclesial community has tried to get out of its problems alone, relying solely on its own strengths, methods and intelligence, it has ended up multiplying and nurturing the evils it wanted to overcome,” he wrote.

In an address to the German bishops in 2015, he said that “one can truly speak of an erosion of the Catholic faith in Germany,” urging them to “overcome resignation which paralyzes.”

Vote as Though Life, Religious Freedom, Marriage and the Family Depend Upon It 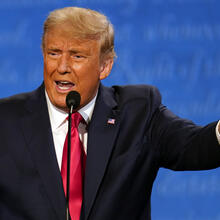 “The government doesn’t want to reunite the children with their parent...They don’t see it as their role.” 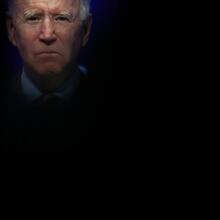 Joe Biden made the perfect reply to a child who is sorry and shaky and demoralized and has no idea how to fix the damage caused: the recommitment to unconditional love.

Trump and Biden Clash on Immigration and Coronavirus During Final Debate