God’s Got This, Why Do Catholics Believe in the Assumption, and More

A Wounded Nation Sows the Wind — and Reaps the Whirlwind 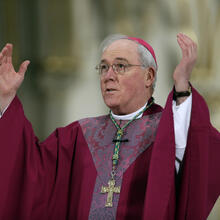 Rome Newsroom, Nov 23, 2020 / 07:05 am (CNA).- Franciscan friar Mauro Gambetti was ordained a bishop Sunday afternoon in Assisi less than a week before he will become a cardinal.

At 55 years old, Gambetti will be the third youngest member of the College of Cardinals. He said at his episcopal ordination Nov. 22 that he felt he was taking a leap into the deep.

“There are turning points in life, which sometimes involve taking leaps. What I am experiencing now, I consider as a dive from the springboard into the open sea, while I hear myself repeating: ‘duc in altum,’” Gambetti said, quoting the command of Jesus to Simon Peter to “put out into the deep.”

“On the day we celebrate the triumph of Christ’s love, the Church gives us a particular sign of this love through the consecration of a new bishop,” Vallini said in his homily.

The cardinal instructed Gambetti to use the gift of his episcopal consecration to recommit himself to “manifesting and bearing witness to Christ’s goodness and charity.”

“The oath that you make this evening with Christ, dear Fr. Mauro, is that from today you can look at every person with the eyes of a father, of a good, simple and welcoming father, a father who gives joy to people, who is ready to listen to anyone who wants to open up to him, a humble and patient father; in a word, a father who shows the face of Christ on his face,” Vallini said.

“Therefore, ask the Lord to always keep, even as a bishop and cardinal, a lifestyle that is simple, open, attentive, particularly sensitive to those who suffer in soul and body, a style of a true Franciscan.”

Gambetti is one of three Francsicans who will receive a red hat from Pope Francis at a consistory on Nov. 28. He has served as the General Custos, or head, of the convent attached to the Basilica of St. Francis in Assisi since 2013.

The other two Franciscans to be made cardinals are Capuchin Celestino Aós Braco, the archbishop of Santiago de Chile, and 86-year-old Capuchin friar Fr. Raniero Cantalamessa, who asked Pope Francis for permission to remain “a simple priest” rather than undergo the customary episcopal ordination prior to receiving his red hat.

Gambetti will be the first Conventual Franciscan to become a cardinal since 1861, according to GCatholic.org.

Born in a small city outside of Bologna in 1965, Gambetti earned a degree in mechanical engineering from the University of Bologna -- the oldest university in the world -- before joining the Conventual Franciscans at the age of 26.

He made his final vows in 1998 and was ordained a priest in 2000. Following his ordination, he served in youth ministry in the Italian region of Emilia Romagna before being elected superior of the Franciscans in the Bologna province in 2009.

Gambetti will be one of 13 new cardinals created by Pope Francis in a consistory on Nov. 28.

“Today I received a priceless gift,” he said after his episcopal ordination. “Now, a dive in the open sea awaits me. To tell the truth, not a simple dive, but a real triple somersault pike.”

Bishop Flores evangelizes on Twitter. Now he is in charge of doctrine for the U.S. bishops. 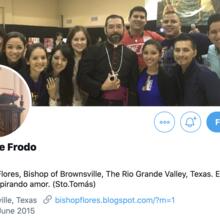 The Most Rev. Daniel Flores, Bishop of Brownsville, Tex., since December 2009, was elected head of the Committee on Doctrine of the U.S. Conference of Catholic Bishops on Nov. 16.

I’m a priest and public health professor. Here’s my advice for re-thinking Thanksgiving this year. 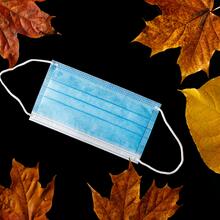 The C.D.C. recently recommended that Americans not travel for Thanksgiving. What can we do when what we sincerely hope for simply is not possible? CNA Staff, Nov 23, 2020 / 04:00 am (CNA).- A German Catholic archbishop asked the Vatican Friday to review his handling of abuse allegations.

Archbishop Stefan Heße of Hamburg wrote to the Congregation for Bishops Nov. 20 in connection with abuse cases that he reviewed while serving in the Archdiocese of Cologne.

Heße was vicar general of Cologne archdiocese from 2012 until his appointment as archbishop of Hamburg in 2015.

In his letter to the Congregation, Heße highlighted the current controversy over the handling of abuse complaints in Cologne archdiocese, where he served following his ordination in 1993.

Heße said that he would send the Vatican the results of an investigation presently underway in Cologne, which are expected to be published in March 2021.

CNA Deutsch, CNA’s German-language news partner, said it was unclear whether the Vatican would respond to this step by authorizing one or more proceedings under Vos estis lux mundi, Pope Francis’ 2019 motu proprio seeking to hold bishops accountable for mishandling abuse cases.

Heße said in his Nov. 20 statement: “Today I wrote to the prefect of the Congregation for Bishops, Cardinal Marc Ouellet, and described the situation to him. I explained to him that I had always participated to the best of my knowledge and conscience in the processing of cases of sexual abuse in the archdiocese of Cologne and never in the cover-up of such cases.”

He continued: “The public debate about my time in Cologne, which has been going on for months, is not only a burden on me personally, but also on the Catholics in the archdiocese.”

“Out of concern for the Archdiocese of Hamburg, I therefore consider it my duty to inform the Roman authorities both of the current situation and of the investigation results from Cologne, which will be available in March.”

“To me, it is self-evident that I cannot be a judge in my own case, but that I ask the authority that appointed me to my office as archbishop for a review.”

The day before his statement, Heße announced that he would be stepping aside temporarily as a spiritual adviser to the Central Committee of German Catholics, the influential lay body known by its German initials, ZdK.

The provisions of Vos estis came into force on June 1, 2019, for a three-year experimental period. Several bishops in the United States and Poland have been subject to investigation under the terms of the motu proprio. 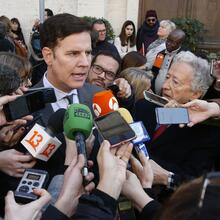 On this episode of “Inside the Vatican,” host Colleen Dulle and Juan Carlos Cruz discuss Juan Carlos’ reactions to the Vatican’s report on former Cardinal Theodore McCarrick and what reforms Juan Carlos believes should come next. 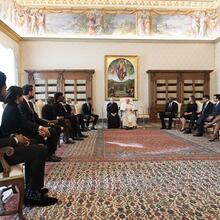 NBA players have been vocal on social justice issues throughout the year, especially after the shocking death of George Floyd by police officers in May sparked massive protests across the United States.