CNA Staff, Nov 23, 2020 / 02:00 pm (CNA).- Cardinal Angelo Becciu is launching a second defamation lawsuit in relation to “offensive” media reports surrounding the events that led to his resignation from the rights of a cardinal, his lawyer told CNA Nov. 23.

The latest lawsuit involves statements made by an Italian woman, Geneviève Ciferri Putignani, to the Italian newspaper “La Verita,” published Nov. 22, in which Putignani alleged that Becciu accused her of plotting against him, while swearing and invoking the names of God and the pope  -- a claim the cardinal strongly rejects.

Becciu’s lawyer, Fabio Viglione, said in an official statement: “The sacrilegious content of the article, seriously offensive to the Holy Father and my client, rests on attributions of phrases and attitudes that the cardinal rejects with absolute firmness, denouncing their total falsity, and which will be brought to the attention of the judicial authority.”

“I received a mandate from Cardinal Giovanni Angelo Becciu to propose an immediate complaint for aggravated defamation against Mrs. Geneviève Ciferri Putignani, in relation to the statements attributed to her today by the newspaper “La Verità,’” Viglione said in the statement he sent to CNA Nov. 23.

This is the second defamation lawsuit filed by Becciu since the Vatican announced his resignation as prefect and from the “related rights of the Cardinalate” on Sept. 24.

On Nov. 18, the former senior Vatican official said he was taking legal action against the Italian media outlet L’Espresso for publishing “unfounded accusations” against him.

Since September, Italian newsweekly L’Espresso has published several reports about the former curial official, including claims he is being investigated by the Vatican for misuse of Secretariat of State funds and papal alms while he was serving as the department’s sostituto.

Becciu has denied reports that he had used Church funds to benefit family members, or that he had attempted to influence the outcome of a sex abuse trial against Cardinal George Pell in Australia last year.

Becciu, who until Sept. 24 served as the prefect of the Congregation for the Causes of Saints, called the allegations “all false” and repeated that he has not been contacted by Vatican judicial authorities.

Becciu said any money he may be awarded by the court will be given to charity, claiming that the “outlandish ‘investigations’” against him have also caused “global damage” and harmed the “whole Church.”

The cardinal has also been accused of giving hundreds of thousands of euros to an Italian woman, Cecilia Marogna, as payment for international “security” services she says she carried out for the Secretariat of State from 2018 to 2019.

The Vatican court has asked Italian authorities to extradite Marogna as part of an investigation into how the 39-year-old used the Secretariat of State funds. In October she was released from a Milan jail on the provision she does not leave the city, as she awaits a decision on her appeal of the extradition, the hearing for which will take place Jan. 18, 2021.

Becciu has said that he resigned following an audience with Pope Francis, who told him that he no longer trusted him because he had seen reports from Vatican magistrates implicating the Italian cardinal in embezzlement. Becciu denied that he had committed any crimes and said he was ready to explain himself if called on by the Vatican’s judicial authorities.

'We are constantly receiving death threats – we are extremely scared’

ACN Supports Daughters of Cross recovering from COVID-19 in India

They Carry Out Their Work in Rourkela

Cardinal Parolin: 'The Holy See Condemns All Forms of Anti-Semitism, Recalling That Such Acts Are Neither Christian Nor Human' 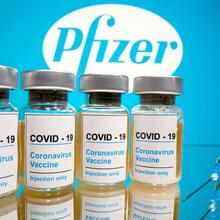